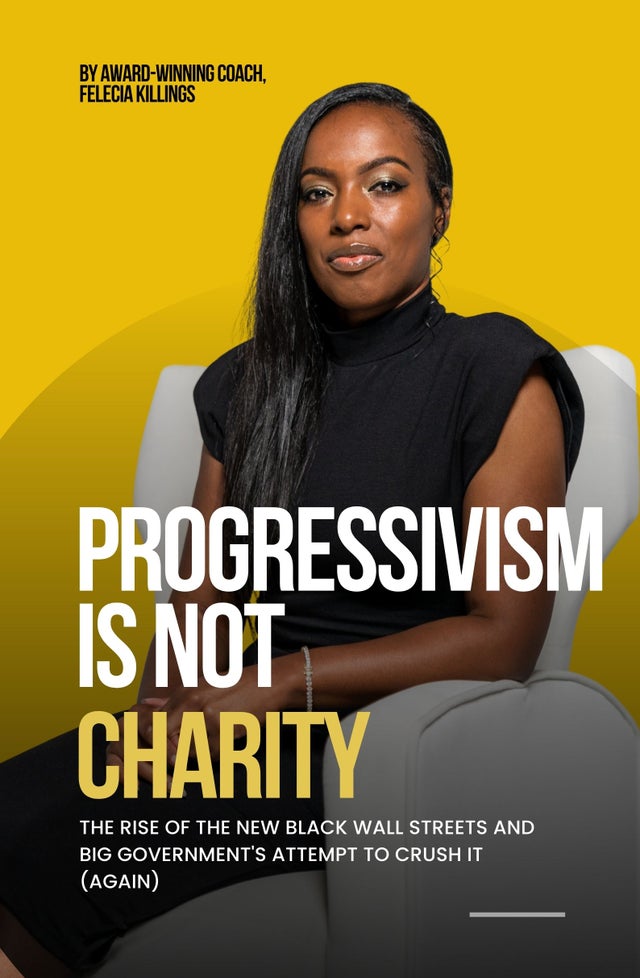 E-Book | Progressivism is NOT Charity: The Rise of the New Black Wall Streets and Big Government's Attempt to Crush It (Again) | Available now!

From Best-Selling Author and Award-Winning Coach, Felecia Killings, comes a new book that brings Progressivism to its knees on the Conscious Conservative battlefield.

Yet, with all these economic advancements, Progressive Government promises to snatch the bulk of Black Wealth to redistribute nationwide ... even to people who do NOT like Black Americans.

In this 278-page book, you will learn about:

Order this ground-breaking book today to receive your e-book immediately.

Progressivism is NOT Charity is sold exclusively on The Felecia Killings Foundation. This is the tool we will use to remove Progressivism's stronghold on Black communities nationwide.

"I just finished reading Progressivism is Not Charity by Coach Felecia. It covers subjects I believe many White Conservatives are unaware of/prefer not to face regarding politics and Black American history. Eye-opening, and offers solutions, not just complaints. A must read." - Alexandre Lores