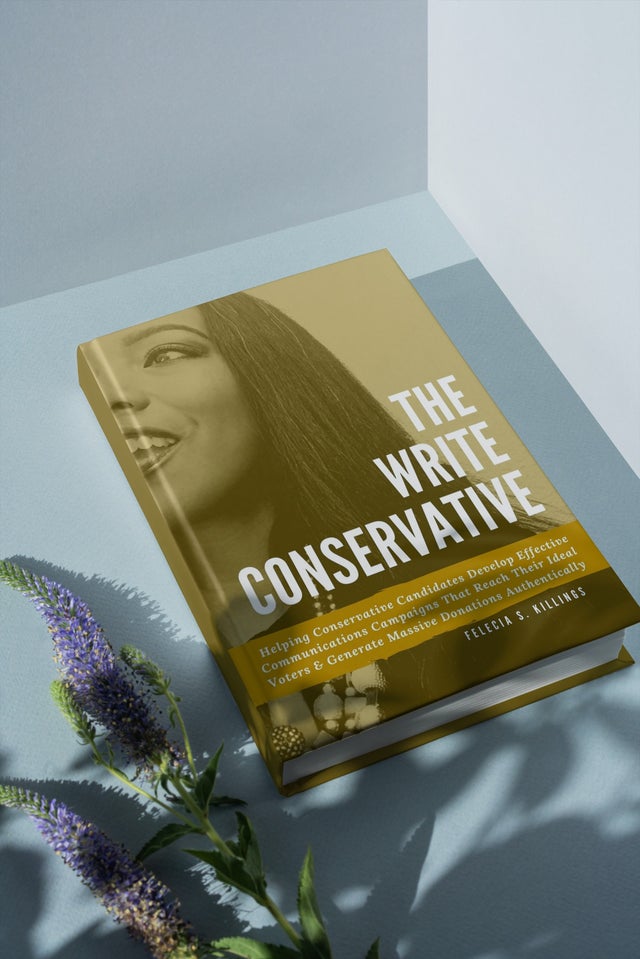 E-Book | Pre-Order Your Copy of The Write Conservative | Publishing January 4, 2022

The Write Conservative is the #1 training resource that provides a communications formula for candidates who want to win voters' hearts and dominate in their campaigns.

By using the written and spoken word effectively, and basing their message on Conscious Conservative values, candidates will reach urban voters while improving their fundraising efforts.

Lessons within this book include:

This book comes with 100+ lessons, including teachings on the steps to publish a book, Coach Felecia's formula for a FIRE communications campaign, and much more!

Since 2016, Felecia's conservative commentary and virtual communications training has reached millions on Facebook and Twitter. In 2020, her Twitter Class content, which provided accurate insight regarding effective outreach to Black male voters, assisted Black Voices for Trump in Trump's presidential campaign. After applying the strategies and revamping their messaging, support among Black male voters increased.

In 2021, Felecia's services partnered with Red Renaissance, which delivers exclusive training sessions to minority Conservative candidates across the nation. By helping them develop a powerful communications campaign, Felecia promises to teach candidates how to win voters' hearts and increase online support when the principles are applied correctly.